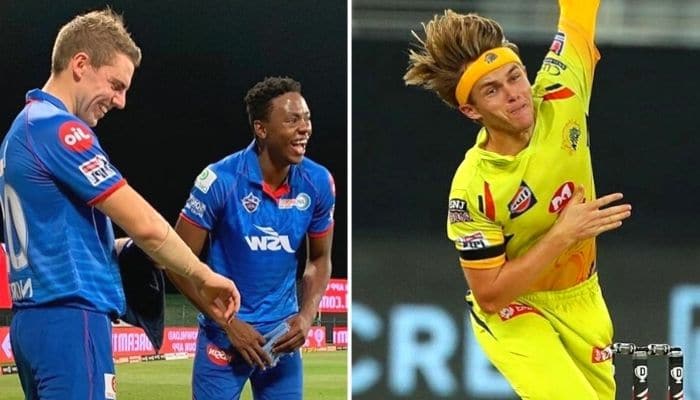 Royal Challengers Bangalore are looking in good shape, thanks to all their departments. Today Chris Morris showed his mettle as he ended the match against Rajasthan Royals with four wickets in four overs for just 26 runs. Morris dismissed Ben Stokes in the powerplay and then at then, death took three more. Apart from Morris, Yuzvendra Chahal continued his form to add two more wickets to his tally. From Rajasthan Royals, Rahul Tewatia, Kartik Tyagi, and Shreyas Gopal took one each but failed to make an impact as such.

In the second match, Anrich Nortje scalped two wickets of Chennai Super Kings but conceded 44 runs in four overs. Tushar Deshpande and Kagiso Rabada picked up one each. Even though Chennai Super Kings lost the match against Royal Challengers Bangalore. Deepak Chahar once again proved how good he is. He took two early wickets of the Capitals line-up and gave away only 18 runs in his four-over quota.

Sam Curran, Shardul Thakur, and DJ Bravo took one wicket each. Rabada continues to lead the Purple Cap table followed by Chahal at the second slot. Jofra Archer, even after a bad day manages to stay at third place followed by Nortje at fifth. Sam Curran, the only CSK representative is at the ninth spot.

Here is the updated Purple Cap table after DC vs CSK Match 34: