A strong statement has been released by Cricket Australia clearing their stance on the upcoming Test against Afghanistan. They have said that they would not be hosting Afghanistan if the Taliban do not allow women to play.

On Wednesday the Taliban, the new-formed government in Afghanistan indicated how they would not allow women in sports. Their Deputy head of the Taliban’s cultural commission, Ahmadullah Wasiq, had told SBS News: “I don’t think women will be allowed to play cricket because it is not necessary that women should play cricket. In cricket, they might face a situation where their face and body will not be covered. Islam does not allow women to be seen like this.”

A response came from Cricket Australia after this revelation. Australia cricket team is scheduled to play an one-off Test match against South Africa from November 27 in Hobart this year. However, Cricket Australia board have mentioned that unless the Taliban Government changes their stance, this Test match will not be played. “If recent media reports that women’s cricket will not be supported in Afghanistan are substantiated, Cricket Australia would have no alternative but to not host Afghanistan for the proposed Test Match due to be played in Hobart. We thank the Australian and Tasmanian Governments for their support on this important issue.”

The statement reads also the brief vision of Cricket Australia about women’s cricket. “Our vision for cricket is that it is a sport for all and we support the game unequivocally for women at every level.”

The Afghanistan Cricket Board last year had announced that they would be contracts to 25 women cricketers for the first time in the history. On the other hand, all International Cricket Council Members also need to field a women’s team apart from men’s team as per the rules.

PCB Set to Get New Chairman 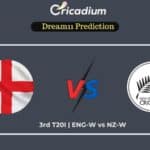